The limits of “open": Why knowledge is not a public good and what to do about it.

A strong argument could be made that efforts to adopt and require Open Access and Open Data in the 21st Century research enterprise is really only a return to the 17th Century values that underpinned the development of modern scholarship.
But if that’s true why does it seem so hard? Is it that those values have been lost, sacrificed to the need to make a limited case for why scholarship matters? Or is something more fundamentally wrong with our community?
Drawing on strands of work from economics, cultural studies, politics and management Dr Cameron Neylon will argue that to achieve the goals of Open Knowledge we need to recognise that they are unattainable. That knowledge is not, and never can be, a true public good. If instead we accept that knowledge is by its nature exclusive, and therefore better seen as a club good, we can ask a more productive question.
How is it, or can it be, in the interests of communities to invest in making their knowledge less exclusive and more public? What do they get in return? By placing (or re-placing) the interests of communities at the centre we can understand, and cut through, the apparent dilemma that “information wants to be free” but that it also “wants to be expensive”. By understanding the limits on open open knowledge we can push them, so that, in the limit, they are as close to open as they can be. 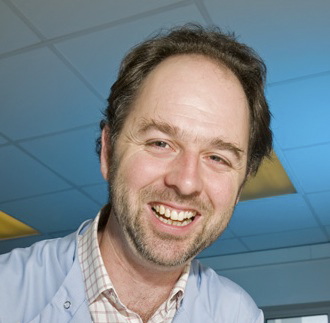 Cameron Neylon is Professor of Research Communication at the Centre for Culture and Technology at Curtin University and an advocate of open research practice who has always worked in interdisciplinary areas of research.

He has previously been Advocacy Director at PLOS (the Public Library of Science), a Senior Scientist at the STFC Isis Neutron and Muon Facility and tenured faculty at the University of Southampton.  He was named as a SPARC Innovator in July 2010 for work on the Panton Principles was a co-author of the Altmetrics Manifesto, and is a proud recipient of the Blue Obelisk for contributions to open data. He is a co-author of the Panton Principles for Open Data in Science and writes regularly on the social, technical, and policy issues of open research at his blog, Science in the Open.

This event is free and open to the public but requires registration.