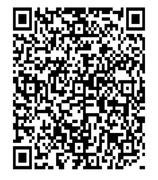 To mark International Open Access Week 2010, Armacost Library is holding a poll to select which freely available music tracks will be included in the first ever UoR Open Sound 2010 compilation CD.

The entire university community is encouraged to participate! UoR students, faculty, staff, alumni, family and friends are welcome. Vote as many times as you want, for as many tracks as you want. Music tracks that receive at least 50 votes will be included in the compilation CD. We'll also include some bonus tracks from the artists whose music tracks make the 50-vote cut.