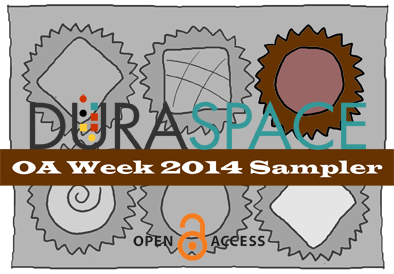 Here at the Evans Library, we get excited about Open Access Week, the part we can play, and the progress being made in the Open Access Movement.  Events are planned for Monday-Friday, and all participants receive a special OA cookie!

The ever rising cost of academic journals is a major burden for researchers. Academic libraries cannot always keep up with increases in subscription fees causing libraries to drop journals from their collection. This makes it harder for students and professors to quickly and easily access the information they need. Inter-library loan…

OA Week 2014 at University of Vienna

The Open Access Office of the University of Vienna is celebrating OA Week 2014 with an information desk at the university main building on Oct. 22nd and 23rd (from 10:00 to 15:00). Hope to see you there!

rpa_red is the acronym of our recently created Network of Open Academic Journals, joining several OA Spanish and English social siences journals. The main goal of the initiative is help the RPA members to gain in visibility and to make them a voice in claiming in favor of free thought, free formats, innovation in epistemic and method orientations. Severely pressed by the policy of impact indexes, our universities are now forgotting free thought and free access to knowledge that used to be…

It’s Open Access Week 2014, and at Cell Reports we always clear some space for a party during Open Access Week. Cell Reports is the first open access journal at Cell Press, and we are enthusiastic about our high-quality, high-impact journal in which papers can be freely read and shared the world over. We will spend the week filling our blog with commentary and updates from the editors,…

The University of Porto is promoting the 2014 edition of the International Open Access Week within its academic and scientific community. Several…

Maney Publishing celebrates OA week with an overview of OA publishing in archaeology: an interview with Professor Alan Outram

“Open Access” to information – the free, immediate, online access to the results of scholarly research- has the power to transform the way research and scientific inquiry are conducted but what are the direct and widespread implications for OA publishing in archaeology?

Just in time for Open Access week, the journal Internet Archaeology has recently transitioned to an open access journal. We have concluded our hybrid phase and no longer charge a subscription for access to any of our past and future content.

Several things have spurred this decision. Over the last 4 years, we have made active efforts in this direction, by switching to a default CC-BY license, by opening up our back issues… 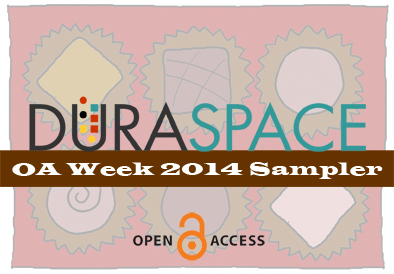 Winchester, MA  In celebration of Open Access Week 2014 October 20-24 the DuraSpace not-for-profit organization will offer a day-by-day  “sampler” highlighting institutions and organizations that are using the…

You can find several papers about problems and perspectives of Open Access in Russian on our Facebook page: https://www.facebook.com/nppir?fref=nf 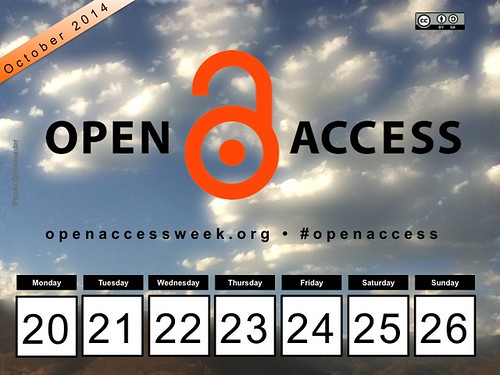 I invite you to try Paperity, the first multidisciplinary aggregator of OA journals and papers.

Traslation into Spanish of Open Access Week 2014 Kick Off Event

We are going to offer a simultaneous Spanish translation of Broadcasting of Open Access Week 2014 Kick Off Event  next mondat 20th since http://uaemex.tv

I recently interviewed Neil Christensen, director of digital development at the University of California Press, about an open access publishing initiative the UCP team is working on. I wanted to share a link to the interview for anyone interested in learning more.…

What we intend to do this year for OA week. 2014 Tanzania

1.Organize a 1 day training sessions for medical students and university admin on the role they can play in advocating for open access

2.we have created an “Open Access Tanzania” facebook page on the planned OAWactivities, invite members, manage discussions on OA, post links on OA events and activities,share online resources. This group has been active and will remain active even after the OAW
2014"

ABSTRACT: MELIBEA is a Spanish database that uses a composite formula with eight weighted conditions to estimate the effectiveness of Open…
Continue

Society for the Advancement of Library and Information Science(SALIS)

Open Access Campaign In India 2014: A one day National Level Seminar on Open Access for Research and Education