OPEN ACCESS WEEK AT SOKOINE UNIVERSITY OF AGRICULTURE IN TANZANIA 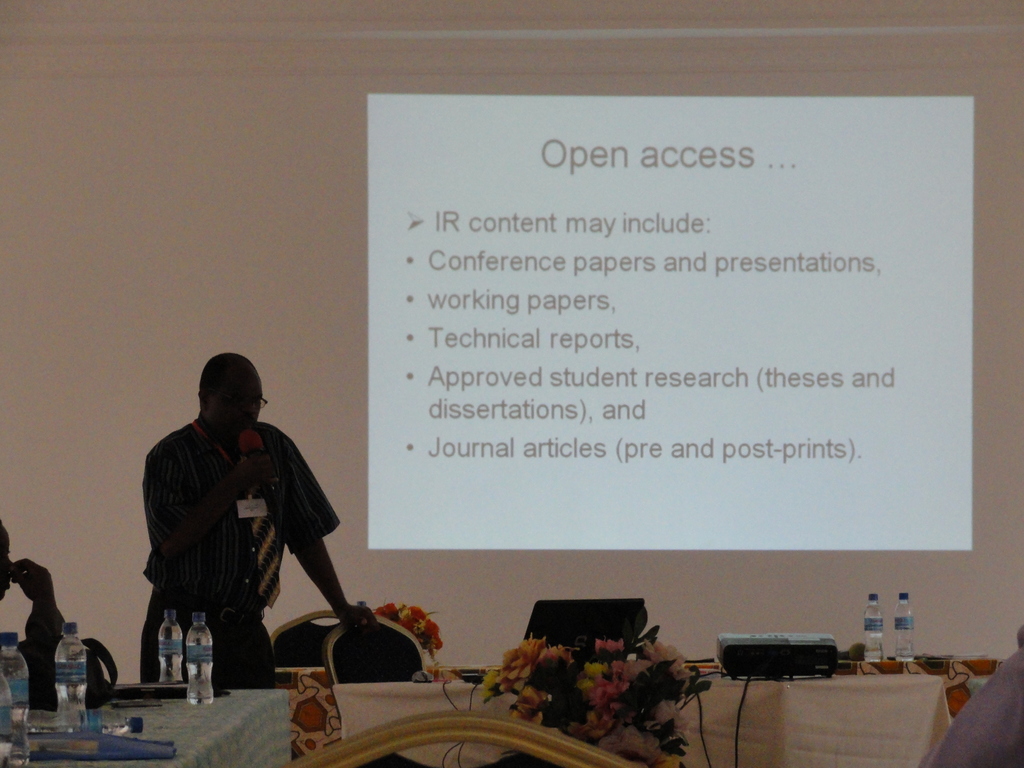 The Open Access (OA) Week at Sokoine University of Agriculture was celebrated from 24th to 30th October 2011; however some prior preparations started some two weeks before the event. Prior preparations were in the form of awareness creation; preparation of posters and leaflets; preparations of presentations; inviting potential speakers; and compiling suitable online OA resources. Awareness creation was mainly through posters and e-mails circulated to the community through the university mailing list. Other potential beneficiaries were conducted through personal e-mails and oral invitations.

The 2011 Open Access Week was successful as it was during the same time when the Open Access Repository Move was being initiated. A number of participants from higher learning institutions in Tanzania and Norway had an opportunity to attend the OA lecture given by Prof. Dulle and discuss other issues related to OA Publishing as described below.

It was at 14:00 hours on 24th October 2011 when the OA Week was officially launched by the Director of the Sokoine National Agricultural Library (SNAL) Prof. Doris S. Matovelo. At 14:30 a public lecture open to all Sokoine University of Agriculture community was presented by Professor Frankwell Dulle from Sokoine National Agricultural Library who is one of the activists of OA in Tanzania. The presentation was entitled “Opening Access to Scholarly Output through OA”. Students and staff from Sokoine University of Agriculture attended the public lecture.

On 25th October 2011, Ms. Liv Ellingsen from the UMB presented on the “OAR in some Norwegian research organisations” and on”Creative Commons – a brief Introduction”. Saudin Mwakaje a lawyer and Lecturer from the University of Dar es Salaam presented on "Intellectual Property Rights Issues in Open Access Repositories”.  Mr. Collin shared some practical experience on “OA Repositories at the University of Dar es Salaam in Tanzania”.

Despite the success achieved, few students attended the event, this was mainly due to the university tight schedule during the OA Week. Promotional materials including brochures with OA Resources URLs were distributed for their reference.

As an organizer of the event, I extend my appreciation to INASP, the Management of Sokoine National Agricultural Library, Prof. Dulle, the CCIAM Communication and Documentation project and all those who in one way or the other were involved to make the event successful.