Open Access in Order to Make a Midnight Movie 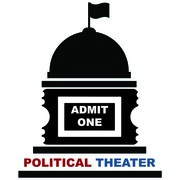 This episode was recorded live on October 19, 2017, and is being released just in time for Open Access Week!

Political Theater is the insightful and funny local podcast that explores connections between pop culture and real-world politics, and they're coming to Open Access Week for a LIVE EPISODE recording. Join your hosts, film critic Martin R. Schneider (Front Row Central) and political essayist Marta Rusek (WHYY Newsworks), for a lesson in the legal quirks and loopholes that have helped create some of the best "so bad it's good" works of cult cinema in history. We'll talk about how transformative fair use allowed the Mystery Science Theater franchise to survive, how Italian copyright laws let one cowboy movie spawn dozens of "sequels", and the bizarre IP battle over one of the worst films of all time - Manos, The Hands of Fate. Plus, an interview with Penn Law alum Frank Taney (Principal Attorney, Taney Legal) about IP law and the entertainment industry!

This event was brought to you by the Penn Libraries and Penn IP Group (PIPG).

This and all other episodes of Political Theater are licensed under a Creative Commons Attribution-NonCommercial-ShareAlike (CC BY-NC-SA) 4.0 International license. For any other re-use, please contact politicaltheaterpodcast@gmail.com