Peer reviewed journal articles and other research outputs resulting in whole or in part from publicly-funded research should be deposited in an Open Access repository and made publicly discoverable, accessible and re-usable as soon as possible and on an on-going basis... Researchers are…

"The researchers and employees of the [HAS] - including researchers of the subsidized research units and Momentum research groups - should make their scientific publications Open Access. Open Access could be achieved by i.) self-archiving in institutional or discipline-based repositories, ii.) publishing them in Open Access journals or in hybrid journals offering paid…

Showcasing of various open access resources relevant to each faculty currently in progress. These show and tell sessions are aimed at introducing clients to the wealth of Free information available at their finger tips that is valueable in their studies or research. Our librarians are delivering these show and tell workshops in the library and feedback received from clients very positive. Will continue with these sessions even after OA week.

During Open Access Week, the Vaal University Library is offering  a 50% discount to clients who are paying outstanding fines or returning overdue books during the week of 22 - 28 October. After announcing this in the library slot on the campus radio, via e-mail and through notices, response is overwhelming. Students were informed via sms and staff members were e-mailed, VUT community is using this opportunity to clear their accounts and access library material again.

Relaciones, the offcial publication of the Sociedad Argentina de Antropología, announced today that it had concluded digitizing their entire collection (volumes 1-36, 1937-2011) and is available on their web site. The journal will continue to be published both in print and online marking a new stage in the history of the publication.

We have now published a tutorial video on how to search in DOAJ in order to make it easier for users to find and search in the directory.

Like many great academic research libraries Columbia University Libraries feature remarkable resources–and lots of them: "The library's collection would stretch 174 miles end-to-end, and is growing at a…

In acknowledgement of the Open Access Week I have initiated a mini-seminar for the UJ Faculty of Science academics and postgraduate students on 23 October 2012. For venue, I selected one of the available lecture halls, which happen to be convenient, as it was close to the Sciences departments. Thirteen (13) researchers, Masters and PhD students were in attendance from Biochemistry, Chemistry and Botany Departments.

At the seminar we had also six (6) representatives from the library:…

The Jomo Kenyatta University of Agriculture and Technology (JKUAT) Library participated in Open Access Week (OAW) for the first time in 2010. The concept was introduced to JKUAT by Ms. Jane Gikandi who was the then Head of the ICT section and has moved on to a different university. The library entered the INASP OAW 2010 competition and won a grant of 300$. This helped us in printing of promotional materials.

Between October 22 – 28, the National Documentation Centre of Greece (EKT) joins the celebrations for the International Open Access Week, organizing a series of events -informative sessions and seminar- which aim to broaden understanding and raise awareness of open access issues. The ‘Seminar for Open Access and Helios Repository’ is the core event organized to inspire participation in the institution's open access strategies. Read more at …

Today we had a great turnout for our discussion Open Data and Open Access in Woods Hole; join us Thursday at noon in the Grass Reading Room for the discussion " A Woods Hole Open Access Discussion fo…

Today we had a great turnout for our discussion Open Data and Open Access in Woods Hole; join us Thursday at noon in the Grass Reading Room for the discussion " A Woods Hole Open Access Discussion for 2012" 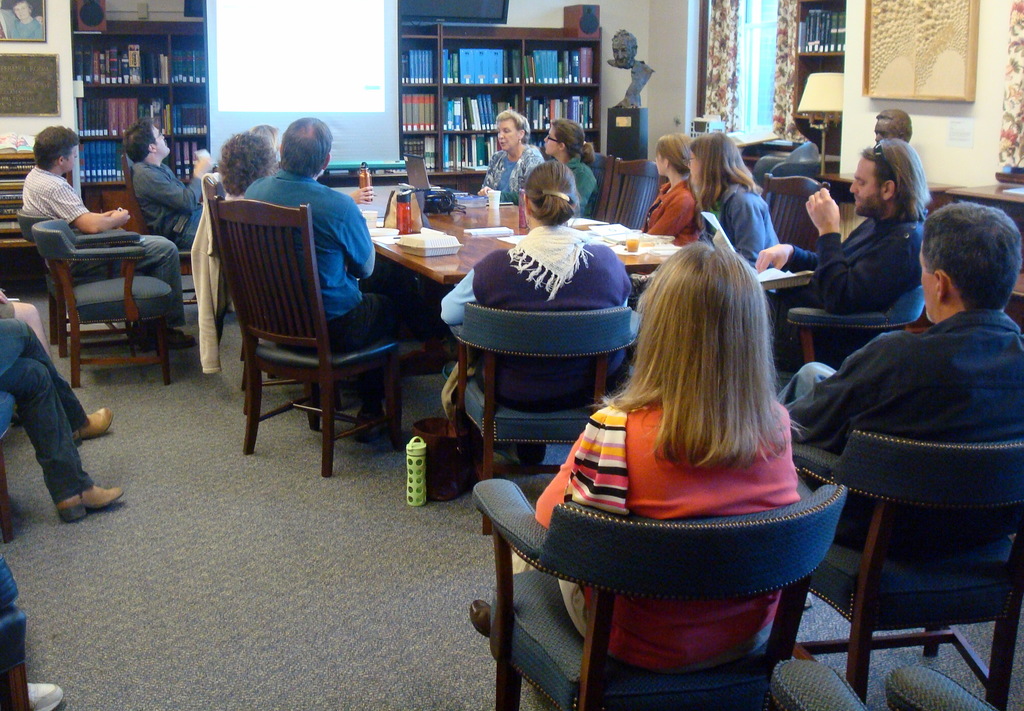 On Monday October 22nd SPARC and The World Bank Co-sponsored an event entitled “Perspectives on Open Access: Practice, Progress and Pitfalls” at the World Bank. This event served as a kickstart to the sixth Open Access Week.

Check out Heather Joseph's, Excutive Director of SPARC, blog post on OA Week 2012. Snippet below with link to full text:

Open Access Week 2012 is underway, and we here at SPARC are watching with delight as the buzz from the announcements, events, contests, launches, and just plain cool activities underway in the community continues to grow.

Now in its 6th year, SPARC’s Open Access Week, an annual, global event that promotes the adoption of Open Access as the new…

This week, BioOne and Dartmouth announced the upcoming launch of Elementa: Science of the Anthropocene, a new open-access publishing program. Elementa was created through a collaboration among BioOne, Dartmouth, and several other leading research universities, and will publish original research that will report new knowledge of the Earth's physical, chemical, and biological systems during this era of human impacts. Elementa will publish contributions that explore feedbacks between…

Preservation and Open Access to shared heritage matter: "We need to remember, period."

Digitization of fragile film and video resources is the first step towards making sure they are preserved into the future. Yale University's department of Manuscripts and Archives published an example of a video from The Fortunoff Video Archive Holocaust Testimonies, a historic collection of over 4,400 videotaped interviews with witnesses and survivors of the Holocaust, to demonstrate how important it is not only to digitize video resources, but to do it as soon as possible.…

Since last week that U.Porto has spread the news about the International Open Access Week within its academic and scientific community and about the activities that started yesterday with the creation of a specific area at the Information System of the university, dedicated to open access events that occur during these days - https://sigarra.up.pt/reitoria/pt/web_base.gera_pagina?p_pagina=1012466.