The Arizona Legislature established the Arizona Geological Survey (AZGS) to investigate and describe Arizona's geology, and to educate and inform the public. AZGS has developed an online open access repository with nearly 1,000 publications and 1,800 objects that have…

This year Digital.CSIC takes part in the OA Week through an outreach campaign in which CSIC researchers give their opinion on how open access improves scholarly communication and share their experience with the institutional repository of the Spanish National Research Council. CSIC repository has also participated in a recent Briefing Report on open access in Biomedicine. 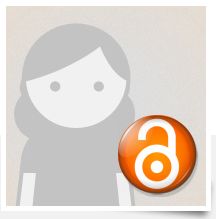 Open access (OA) is a revolutionary way of providing access to the scholarly journal literature made possible by the Internet. The primary aim of this study was to measure the volume of scientific articles published in full immediate OA journals from 2000 to 2011, while observing longitudinal internal shifts in the structure of OA publishing concerning revenue models, publisher types and relative distribution among scientific disciplines. The secondary aim was to measure…

Open access to research outputs: The case of the International Livestock Research Institute

I work at the Nairobi headquarters of the International Livestock Research Institute (ILRI) as a communications specialist with the Markets, Gender & Livelihoods research theme. ILRI's focus is on livestock research towards sustainable development and a food secure future. We work in East, West and southern Africa, South and…

The Centers for Disease Control and Prevention (CDC) has developed an open access repository "CDC Stacks" at http://stacks.cdc.gov using the Fedora repository platform hosted in the cloud.

We're hosting 2 speakers and the SPARC webinar this week.

The two formal speakers, Mike Furlough and Nick Disabato, will be broadcast on  Mediasite Live [live.libraries.psu.edu (no login required)]

I am a novice when it comes to open access, so I look forward to learning a lot this week. The question I would like to answer is ... how do I explain 'open access' options to colleagues working in conservation? These friends are academics, journalists and goverment officials. That said, it's been difficult to get these fans of email attachments onto the social web. That said, I believe that sharing and remixing are the future so we might as well get good at…

Tremor and other Hyperkinetic Movements (TOHM) an open-access, peer-reviewed medical journal, centers on tremor and hyperkinetic movement disorders, giving home to clinical observations and research in this area. The Center for Digital Research and Scholarship, Columbia University… 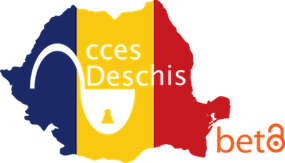 Welcome to the first day of Open Access Week 2012!

There are lots of great events being posted here-- please see what is going on your area.

Today also marks the World Bank and SPARC kickoff event. This live-streamed event is a great place to start if you are having problems coming up with things to do. This event will be recorded, and features a Q&A portal and live blog for…

As a part of the project of making the service Directory of Open Access Journals available on other languages than English the site has been translated into Spanish and Portuguese.

The translation has been carried out thanks to a cooperation between Lund University Libaries, Redalyc and the University of Porto.…

Open Access Week 2012 is taking place this week, 22-28 October, all over the world. Networked Researcher is participating during Open Access Week with what we have called a “blogging unconference.”

The event is taking place …

Using Social Media to Enhance the Visibility of Open Content

Brian Kelly of the Innovation Support Centre at UKOLN, University of Bath, UK will be giving a series of presentations across the UK on how social media can be used to enhance the visibility of research papers hosted in institutional repositories.

To celebrate Open Access Week 2012 in Arabic countries, CNUDST has created, customized and shared some promotional materials written in Arabic language. We hope that they will be useful and helpful to promote the event at Arabic web sites :