From Statistics to Humans with a Voice 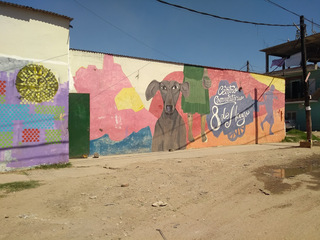 Earlier this year I visited Área Reconquista, a poor heavily polluted neighbourhood in the suburbs of Buenos Aires, with a group of people who have an interest in community science. We were planning to co-develop an open project on air quality monitoring with the community. It was an important day, as we were going to tell our motivations and discuss if they were interested in the project.
We were siting outside the community centre while I was explaining which was the idea, everyone was silent. After I finished, one of the oldest guys asked a kid for something. He then handed me a report on the neighbourhood's health, done by the local University some time ago. 'They came, asked for our collaboration, collected all the information, gave us this papers and never appeared again' said this man. 'Their work here only turned us into another statistic, useful for them, but for us it meant nothing. Why should we help you?'.
After some hours discussing this unfortunately common situation for them, we left the place. On the way back I kept thinking, how the situation would have been for us if those researchers had worked open, if they had considered people's voices as valid as their own? It was also clear for me that day that behind the word 'OPEN' there's more than access to data or publications. It's a political position towards equity while we're immersed in a reality we want to change.
[Picture taken by me after we left the neighbourhood, CC0]