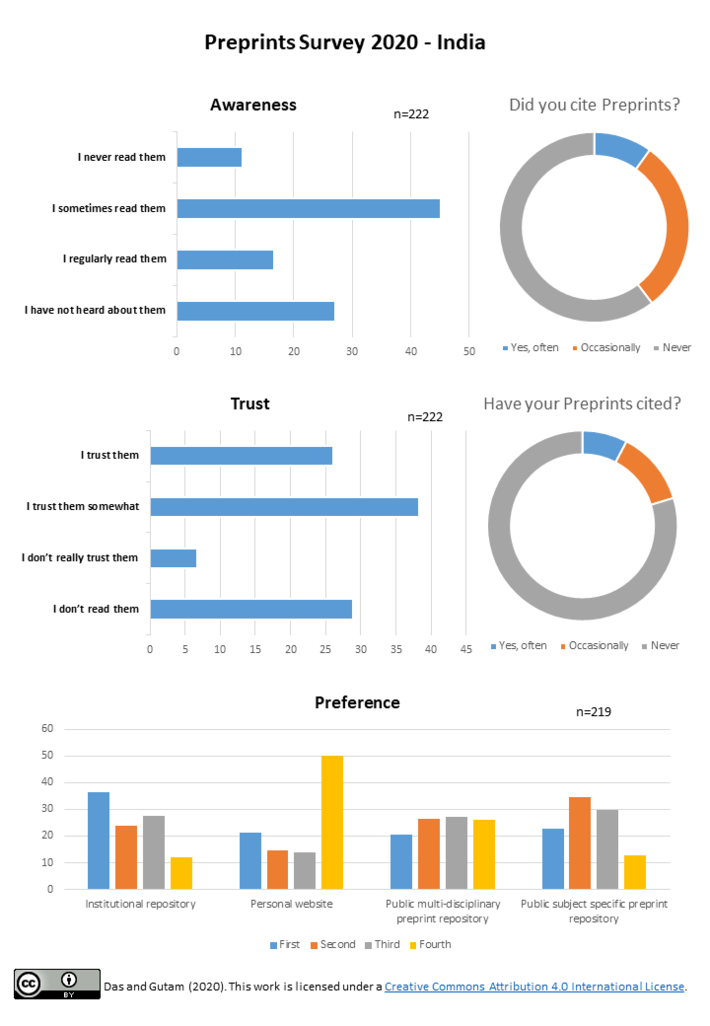 A survey on conducted to know the status of awareness and attitude, particularly towards preprints among the research scholars, scientists and librarians in the South Asian region during the months of April and May 2020 had maximum responses from India (83.71%) and majority of Agricultural Sciences (54%) discipline. Respondents ranked ‘Journal’s Impact Factor’ at the top factor for selecting journals to publish. Seventy five percent had at least 25% of their publications in Open Access and had paid the APCs (65.33%) for publications and the source of funds are personal pooling (30.34%). While 61.72% read preprints, 27.03% have not heard about preprints and 11.26% never read the preprints. However, those read, 64.42% trust the preprints. And why they share preprints is because of ‘belief in open access’ (39.91%), ‘rapid feedback’ (23.53%) and ‘timely sharing results’ (21.72%). With regard to citing preprints, 60.36% never cited any preprints and 79.73% respondent’s preprints were never cited. However, the respondents mentioned that indexing, citing, visibility, consideration in assessment & evaluation will motivate the authors to share preprints.