Wow! It was really great to host the very first Open Access Week at University of Nigeria, Nsukka which was on 24th October, 2017. The event was organised by a group of Open Access Advocates ranging from Librarians, Pharmacists, Scientists and other lecturers who think that scholarship has come to a point where research data and related resources should be globally visible. The event was well attended and the Vice Chancellor, Prof. B. C. Ozumba declared the event open.

There was a radio talk show by the University Librarian - Prof. Chinwe Ezeani and two other members of the Open Access Group - Dr. Mrs N. Ekere and Dr. Ubaka C. The topics were on Open Access and Institutional Repositories, Open Education and Open Science.

After the radio programme which was at 9:am, the workshop kicked off at 11am. The event commenced with video clips on Open Access which were played to participants, after which Dr. Ifeanyi Ezema spoke on Open Access Publishing and and the future of Scholarship in Africa. The second presentation was on Open Science and this was done by Dr. Ubaka, a Clinical Pharmacy lecturer. Dr. Mrs Ekere who is a Reference Librarian at University of Nigeria, spoke on Open Education.

There were lots of on-session social media activities. Members tweeted about the event using the following hashtags and mentions:

See more pictures of the event below: 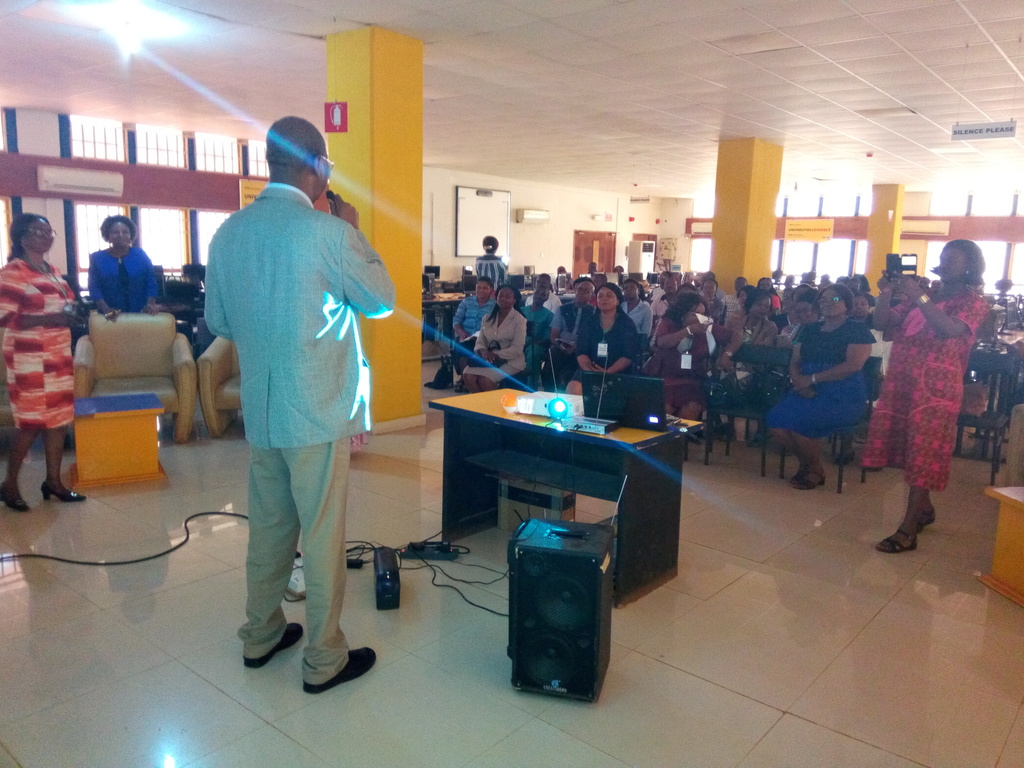 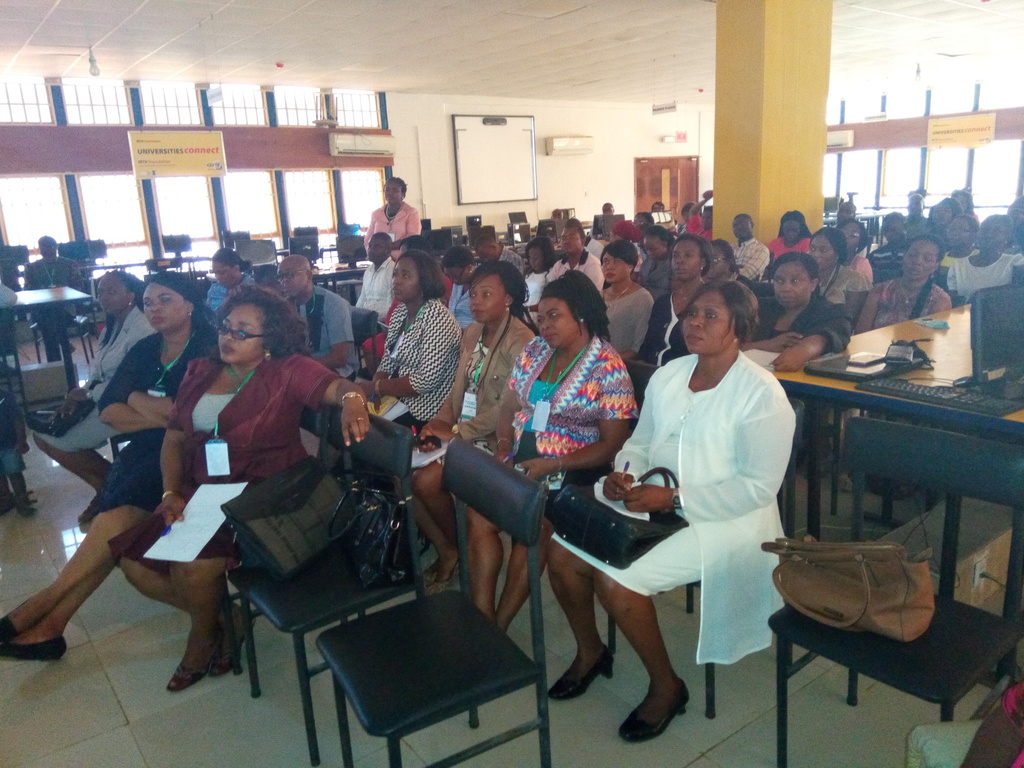 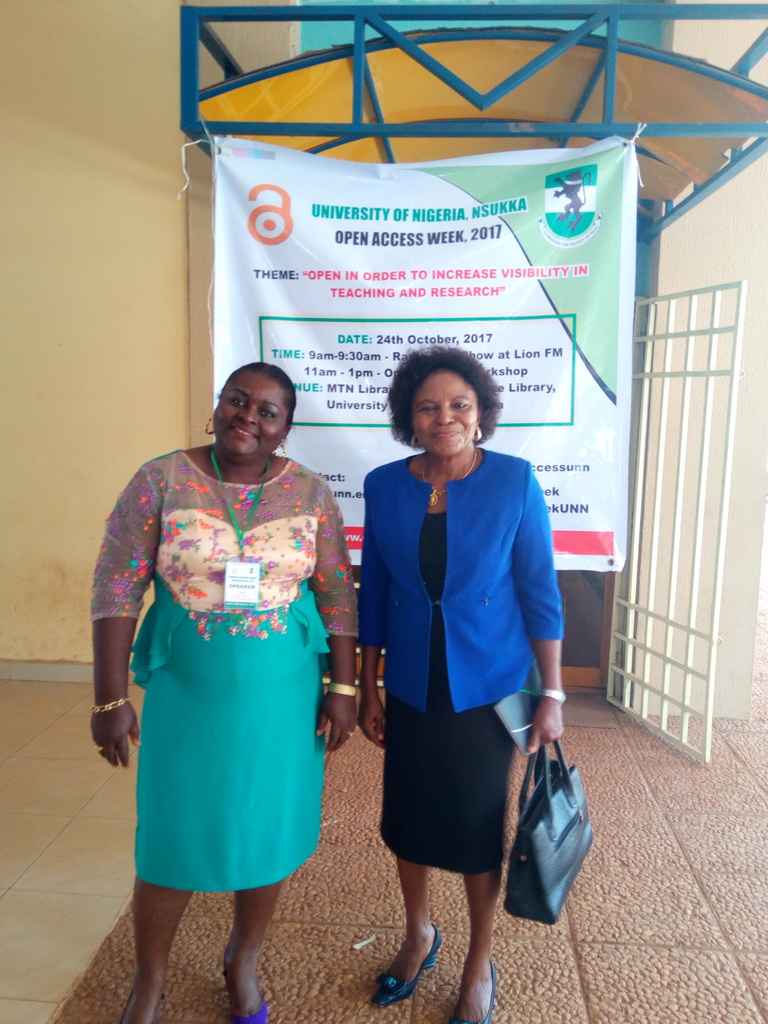 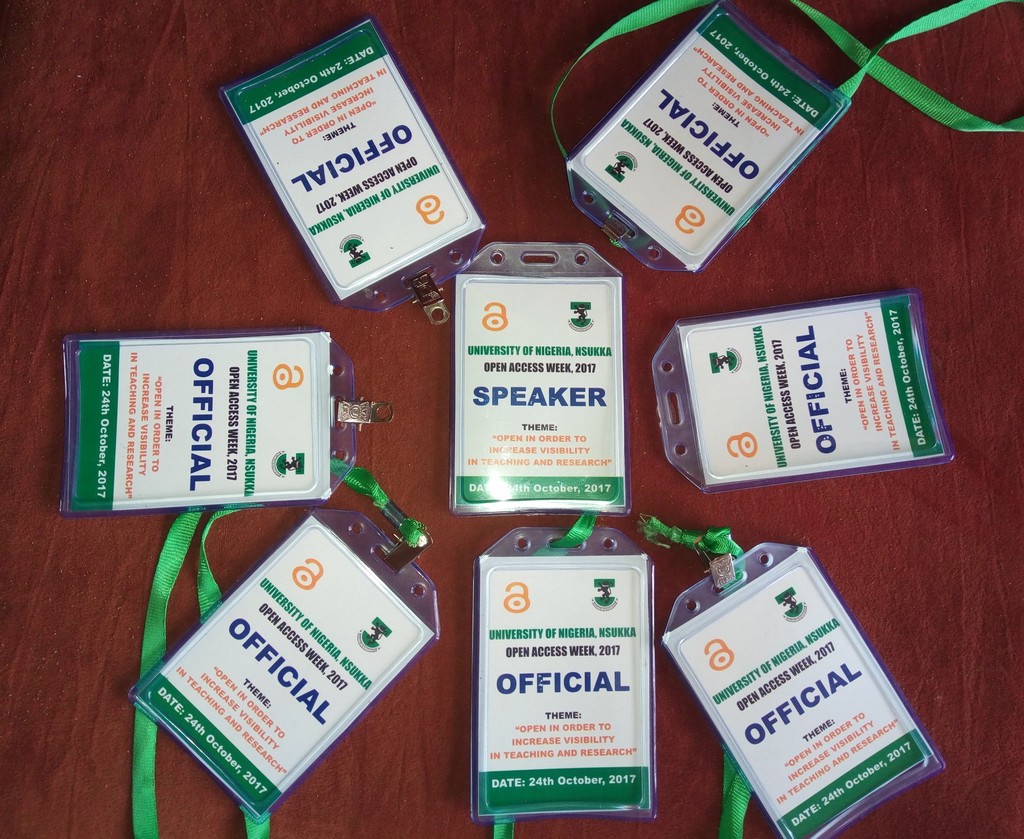 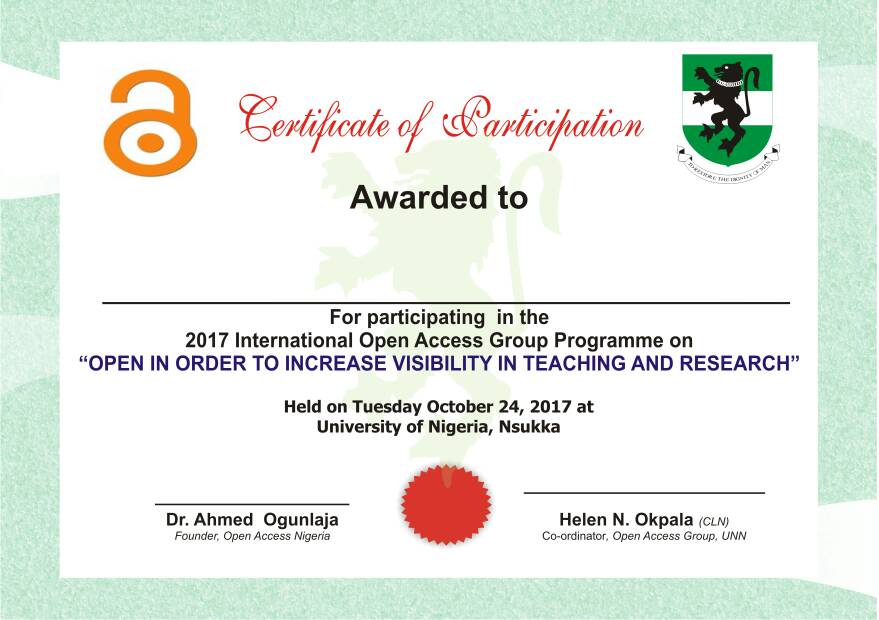